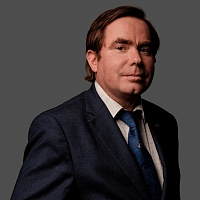 At a time of military and political confrontation, accentuated attention to values becomes a priority. It is the difference in values and normative approaches, and not only geopolitics, that is postulated as the main reason for the current developments. As the struggle intensifies, value and normative revisionism begins to supplement geopolitical attitudes. Different values and the norms and rules associated with them are becoming increasingly tangible barriers separating centres of power. Therefore, mutual semantic misunderstanding has now become a key problem in international relations. One can often hear that this value gap is no longer bridgeable.

A special issue in value politics is the role of tradition and historical memory. To what extent can it be postulated that tradition retains its significance as a basic value orientation in the 21st century conditions? To what extent does it influence the adoption of political decisions and their perception in society? Is it possible to talk about the modernisation of tradition today? These issues are closely connected with the balance between national and universal understandings of values. Are traditions and the values and behavioural patterns based on them different for each society and for each cultural-historical environment? Or do the realities of globalisation melt various national values into universal values that are equally significant for everyone? How significant is the rejection of universal values in favour of tradition for society?

These issues of balance or imbalance between the national and the universal acquire their specificity in the macro-regional dimension of modern politics. They are connected with the already familiar dichotomy of the West and the Non-West. Africa is becoming one of the key regions for this analysis. The escalating geopolitical “struggle for Africa” is combined with an acute value struggle. The same situation is typical for other macro-regions of the global Non-West: for the Middle East, Asia and Eurasia, and Latin America.

Separately, it is worth highlighting the problem of constructing values. Are they really primordially inherent in man and society? Or do they become a secondary product of social engineering, reflecting the same politics of advancing interests?

The value-normative agenda has now gone beyond geopolitics. The activation of the green transformation and the global energy transition, the sharp strengthening of “biopower” in the Covid era, conflicts in sports and Olympic politics, acute questions about racial and gender equality, the rights of migrants, and different understanding of historical memory — all this directly affects the rapid evolution of global values in the modern world and will be in the focus of attention of the Valdai Club’s expert programme.

This programme continues the Morality and Law Programme.

Expert opinions
Expert Opinions
Political Earthquake in Argentina: Judicial Meddling and Political Uncertainty
Recent events in Argentina and Latin America reveal that the traditional players and forces have lost the strategic political initiative, and are in permanent pursuit of readjusting the political map of the region in their favour, writes Argentine political scientist Juan Martin Gonzalez Cabañas.
Juan Martin Gonzalez Cabañas
Expert Opinions
Russian Policy in the Field of Educational Migration
Education occupies one of the leading places in the world economy. It has long been regarded as an expensive and exceptionally valuable commodity, and the sustainable development of countries is already determined not so much by their resources as by the general level of education of the nation, writes Gulnara Gadzhimuradova, Associate Professor at MGIMO University.
Gulnara Gadzhimuradova
Expert Opinions
Adaptation of Foreign Migrants in Russia: A View from Tajikistan
The manipulation of migration issues for political purposes, the spread of misconstrued facts, various kinds of phobias and prejudices do not contribute to the formation of a tolerant environment in society, or the creation of a favourable environment for the reception and accommodation of migrants, writes Valdai Club expert Rashid Alimov.
Rashid Alimov
Expert Opinions
Capitalism, Coronavirus and War: A New Book by Radhika Desai
Radhika Desai, a permanent contributor to the Valdai Club, professor at the University of Manitoba and head of the International Manifesto Group, has published a new book, titled Capitalism, Coronavirus and War: A Geopolitical Economy. The book was published in the Rethinking Globalization series by Routledge.
Oleg Barabanov
Expert Opinions
Norms and Values in the War Era: Results of the Valdai Club Expert Programme
Summing up the results of the Covid year 2020, we noted: “Most of the Earth’s inhabitants would wish that the events of this challenging year were never repeated.” It could perhaps be said that these words may be reiterated now, writes Valdai Club Programme Director Oleg Barabanov.
Oleg Barabanov
Expert Opinions
The Soviet Union in Retrospect: Late 20th Century America’s Favorite Villain
The Soviet Union had a special resonance in the American psyche, which had for centuries been fertile ground for millenarian doomsayers warning about the Antichrist, the Book of Revelations and the end times. It seemed that not only had the Marxist-Leninists attempted to destroy both God and individual liberty, but they could also bring about the end of the world, if pushed.
Travis Jones
Expert Opinions
The Centenary of the USSR
In current geopolitical conditions, the centenary of the USSR ceases to be just an academic date. It makes one wonder about such things as historical predestination, writes Valdai Club Programme Director Oleg Barabanov.
Oleg Barabanov
Expert Opinions
BRICS at the G20 and the Centrality of the United Nations Development Agenda
BRICS has an important role in the G20, precisely guided by its own resolutions on the pursuit of development, to drive the agenda and keep pushing until it is done, writes Mikatekiso Kubayi, Researcher at the Institute for Global Dialogue associated with UNISA (South Africa).
Mikatekiso Kubayi
Expert Opinions
Whither International Migration?
Despite decades of positive experience in the reception and integration of migrants, which have been accumulated by modern states, migrants remain a socially vulnerable group. From the exclusively social problems that are typical for all categories of citizens, we are returning to the issue of economics, namely, qualitative forecasting, writes Valdai Club expert Maria Apanovich.
Maria Apanovich
Expert Opinions
A Democratic Monetary Order
The possibility of creating a democratic monetary order as part of the European experience was greeted with scepticism at the time of the creation of the European Monetary Union. An equal scepticism is bound to welcome the project to establish a new international monetary order. The most dangerous alternative is to surrender to sovereignty and to war to resolve the tensions between the most powerful states and their vassals: monetary, financial and political disorder, writes Valdai Club expert Dario Velo.
Dario Velo
Load more articles
Reports
Reports
The Social Problems of International Migrants
The host countries’ societies do not always appreciate a seemingly obvious fact: migrants are not just a “workforce” or some “median population.” They move from one country to another in search of jobs and better life opportunities. They have their own problems and vulnerabilities.
Dmitry Poletaev, Andrei Korobkov
Reports
Climate Change and Food Security: A Recipe for Food Totalitarianism?
Climate change has become one of the most pressing challenges in the world. The IPCC-6 report released in August 2021 indicated that a minimum of 2 degrees of warming is inevitable. As a result, the COP-26 conference in Glasgow in November 2021 generated immense public interest.
Maria Apanovich, Oleg Barabanov, Elena Maslova, Alexandre Kaufmann