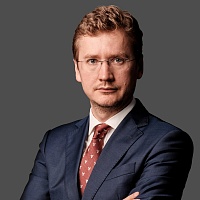 Programme Director of the Valdai Discussion Club; Dean of the School of International Relations at MGIMO University

The Middle East remains one of the most conflict-ridden regions in the world, although 2019 could be marked by a gradual decline in the level of tension with the war in Syria drawing to an end, appeasement in the Yemen conflict, and the EU’s willingness to promote trade and economic ties with Iran despite US sanctions. And despite the persisting strategic competition in the region, these new trends suggest that regional forces could compete through non-military means. Could economic cooperation become a factor of stability that facilitates the settlement of the problems the Middle East is facing? Will there be any significant progress in terms of how the North-South international transportation corridor operates? What are the prospects for post-war Syria? The program focuses on analyzing Russia’s engagement in this new environment and imagining a tentative peace in the Middle East.

Reports
Reports
THE EASTERN PERSPECTIVE
International North–South Transport Corridor and Transregional Integration Scenarios
Transport routes are like rivers, where water always fi nds a way to continue its fl ow. It is not a coincidence that transport routes are often referred to as arteries. But what comes first – a riverbed or the water, the fi rst representing the strategic will of states and the second the contents, i.e. goods resulting from the balance of interests between businesses and consumers? Global trade routes such as the North–South Project can be viewed as social and economic phenomena largely shaped by the political will of the countries that promote these trade corridors based on their understanding of common interests.
Alexander Karavayev, Mandana Tishehyar
Valdai Papers
Valdai Papers
№111
Economic Integration in the Middle East: Problems and Prospects
﻿﻿In the period of globalization and simultaneous regionalization of the international economic relations system, researchers and practitioners are discussing the efficiency of the world’s different parts economic integration. The Middle East is no exception in this respect.
Dmitry Maryasis
Valdai Papers
THE EASTERN PERSPECTIVE
№104
The Syrian Crisis: A Thorny Path from War to Peace
The region remains a source of violence and terrorism, dramatic national upheavals, humanitarian catastrophes on a global scale, and waves of migration. The price of revolutions, the resultant devastation and foreign interference proved too high and relapses cannot be ruled out.
Alexander Aksenyonok